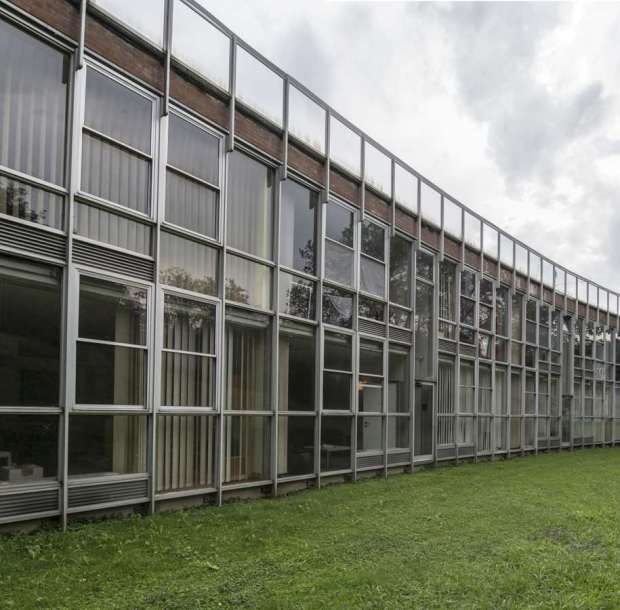 At the end of this area on the top of a hill is the western residential unit designed in 1968 by Roberto Gabetti and Aimaro Oreglia d’Isola. This Western residential unit – better known by the inhabitants and visitors to Ivrea as “Talponia” (“Molehill”) and had to provide accommodation for temporarily resident Olivetti employees in Ivrea.

The building was constructed on the edges of the Villa Casana park and exploited the artificially created sloping ground to make a complex on two floors with a semicircular layout. The foundations are completely underground and around 300 metres long. The building hosts 13 duplex apartments and 72 single apartments which are served by a fully covered road which can be identified from the outside by its Plexiglas domes. Today the building has been divided up into 81 individual properties. Like the New Olivetti Office Building, it marked the evolution of Ivrea from an industrial city to a service industry city between the 1970s and 1980s.