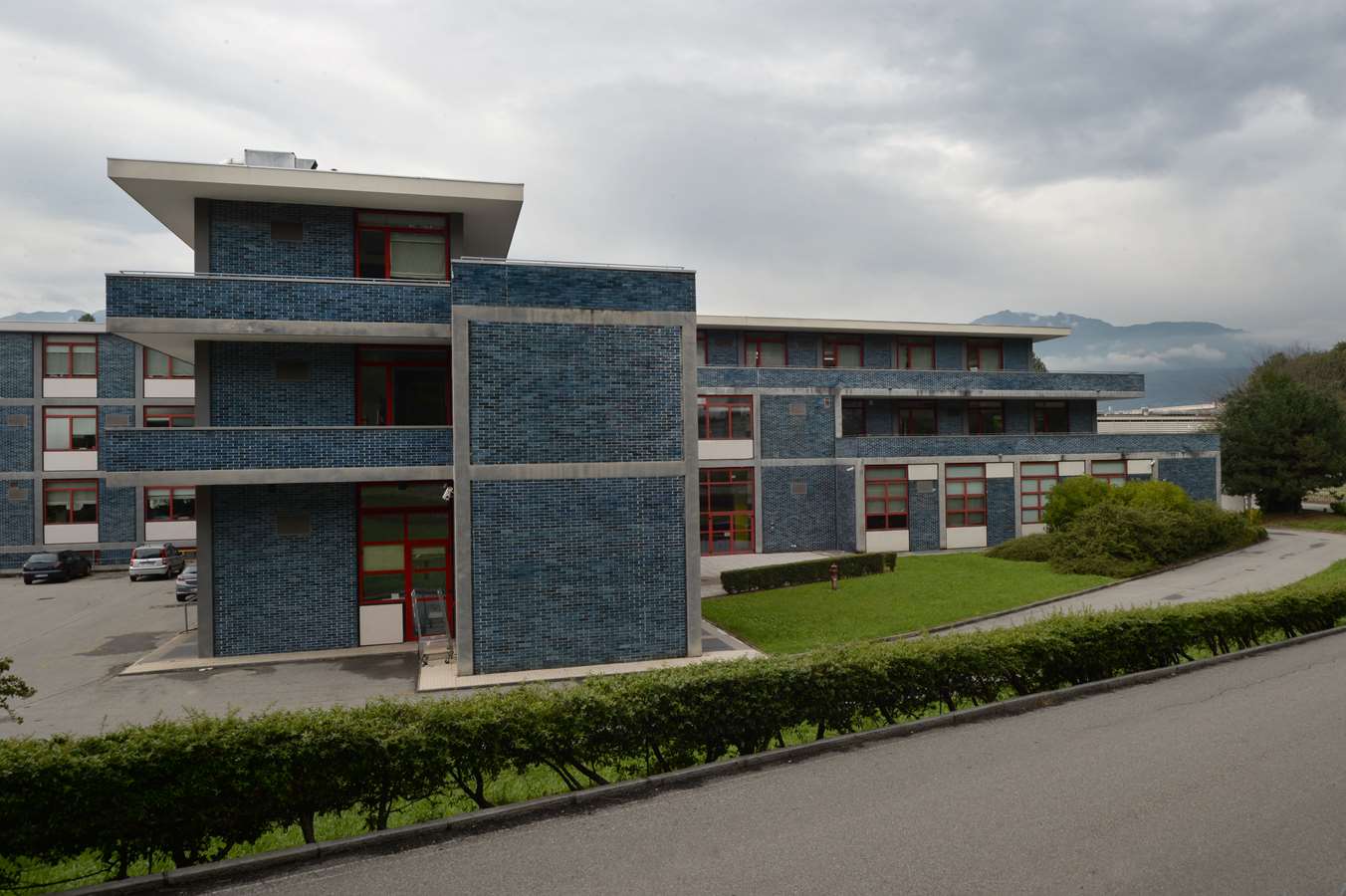 This building has three floors. With its large terraces it originally hosted training courses for Olivetti mechanical designers, a fundamental factor of this company’s industrial and social policies. The architectural design was by architect Eduardo Vittoria (1951-1954) and the structural design by Pier Achille Caponago del Monte. In 1965 this building was extended as per the project drawn up by Ottavio Cascio. Modifications to the original structure were subsequently made by the Olivetti  Technical Office the last of which was to a project by Ettore Sottsass Jr. (1999-2000) on the occasion of the opening of the Interaction Design School (2001-2005) an innovative international school of design promoted by Olivetti Telecom and Stanford University.

The plan of the building is based on four wings asymmetric in terms of width (from 9 to 12 metres) positioned inside the central access block containing the stairs, goods lifts and service rooms. The interior staircase is rhomboid with an overhead glass skylight.

The floors house different office areas which face on to the terraces and the large rooms destined for draughtsmen. The exterior is distinctive for the contrasting white colour of the horizontal beams and the vertical pillars with the blue gloss clinker covered walls which show off the structure of the building. The red cast iron window casements were changed in the subsequent refurbishing programme from the school of Sottsass Jr. The use of colour follows the linguistic style that Vittoria also used in other Olivetti buildings to emphasise the freedom of the architectural research aimed at overcoming functional principles. After the transfer of the design school, the building has hosted a range of telephony service companies. 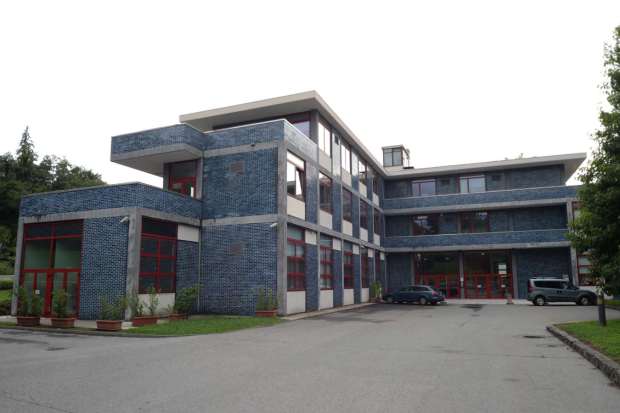