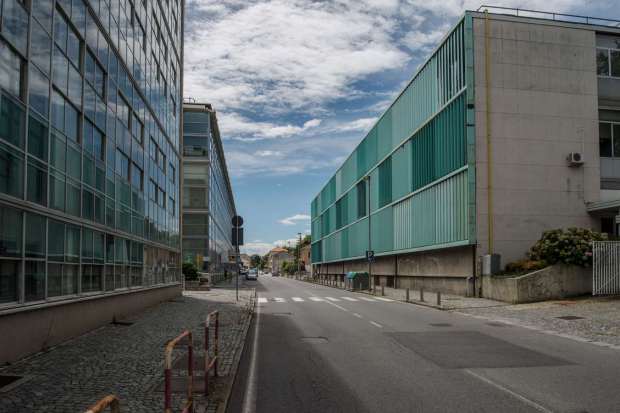 The former joinery (corso Jervis 30 the original building dates back to 1927) is easily recognised by its coloured brise-soleil facade. This facade consists of a triple row of brise-soleil in fins of fibre cement supported by metal frames which depending on their inclination reflect the glazed surfaces of the ICO workshops adding movement to the facades and creating an original perception.

of Corso Jervis. The 1955 design was by Ottavio Cascio, a leading technician then manager of the Olivetti Technical Office, who used the brise-soleil fins on the façade as a composition figure in many of the building architectures in Ivrea such as the Olivetti industrial area in San Bernardo.